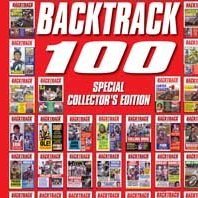 By TonyMac, April 16 in Backtrack Magazine